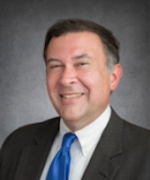 In the last installment, I wrote about a theory, propounded in the 1970s by management expert Jerry Harvey, which he called “The Abilene Paradox.” The premise of Dr. Harvey’s theory–set up by him via a folksy sort of fable involving a Texas family that takes a lot, hot, dusty and ultimately unsatisfying dinnertime trip to a distant town, Abilene–explored why otherwise rational and reasonably-minded people “take a trip that none of them want to take, to a place where none of them really want to go… when they all would have been fine staying home.”

In other words: What prompts people to act against what they know is their best interest, knowing that what they are about to do is a bad choice and a choice that if left to their own devices, they would never agree to do? The answer: a strong human desire to avoid or minimize conflict.

As discussed in Part I, while most lawyers would likely want to think that we are immunized by our profession and legal training not to fall prey to “taking a bus to Abilene,” we know that is not always true. The record of bad counsel and bad legal advice, sometimes frankly done to avoid “rocking the boat,” has been on public display since at least the start of the 21st century. The travails of law firms and in-house counsel like those who supported Enron and Richard Scrushy, among other examples, underscore that lawyers too are not wholly immune to the siren song of a trip to Abilene. How then can lawyer-leaders help avoid the Abilene Paradox and the related but somewhat different threat also often encountered in group dynamics, “groupthink”?

Some of the keys to avoiding these kinds of risks, I think, can be found in these concepts: encouraging divergent thought; soliciting open, robust exchanges of ideas; and actually allowing these to flourish, not simply giving lip service to them.

Of course, the challenge is to get the flow of ideas and critiques moving without squelching thought, on one hand, but without allowing these opportunities to become so open-ended as to become time-consuming or devolve into a “gripefest,” or to be so watered down as to become just another meeting. So, this is not a science, more of an art, it seems to me, and a lot of it depends on lawyer-leaders knowing well the audience and persons in question to better facilitate honest and frank (and sometimes painful or, at least, potentially ego-deflating) discussions, as these can be.

The example of one Knoxville law firm may provide a good example of how this might work in practice. Occasionally, when a lawyer at this firm was preparing for a big case, he or she might face an especially vexing or challenging legal issue or one that might present itself to have multifaceted angles that might look one way to one judge or jury member, and differently to another. The firm’s founders responded to these kinds of sticky or seemingly intractable questions by making the concept of a “brainstorming session” into a semi-formal part of the firm’s practice and culture.

When a lawyer requested a brainstorming session, each of the lawyers would find a way to stop their work, meet in a conference room and conduct a no-holds-barred, but civil, “skull session”: to talk through the issue. Every lawyer in the firm—regardless of age or practice—was invited to participate and, in fact, was highly desired to join in the brainstorming as an active participant.

Friends of mine who have worked at this firm still talk about and value some of the skills and advantages that these sessions brought to their practice. These sessions also had a subtle way of fostering great collegiality; there was no “rank,” and even a younger lawyer had as much right to have a say in the brainstorming session as did an older and more seasoned litigator.

Will this kind of semi-formalized approach work in all firms or practice settings? That may depend—perhaps, not in the exact way this firm conducted these sessions–but the idea has long struck me as being an excellent tool to help curb the risks of the Abilene Paradox and groupthink. This kind of approach sets a value not just on creative thinking and intellectual rigor but also on civility; they could also be (a possible secondary advantage) a good teaching and skills-sharing tool, as well.

While there may never be a perfect defense against groupthink and Dr. Harvey’s paradox, perhaps activities and efforts along these lines can help lawyer-leaders and their peers and clients avoid taking that long, sweaty journey to Abilene.**

* The opinions and viewpoints contained in the article are those of the author and are not to be imputed to his employer or the U.S. government.