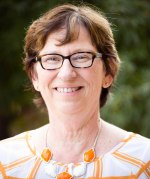 On April 4th and 5th the UT Leadership Institute hosted leaders from legal education and the profession a leadership roundtable – Leadership Development for Lawyers: Increasing our Impact. Beth Ford shares a few of her thoughts about the conference.

One of my favorite Gary Larsen cartoons is a little boy in a classroom. He raises his hand and says “May I be excused? My brain is full.” My brain is full. I spent a day and a half at the Leadership Development for Lawyers, Increasing Our Impact seminar at the College of Law, and it was transformative. Here are the top 6 things that I learned:

1. We should discuss well being, not wellness, and we should listen to what Candice Reed, a 2000 College of Law alumna, has to say about positive psychology which will lead to our thriving as lawyers. She talked about how to deliver bad news well and she talked about a framework to discuss well being as studied by Martin Seligman. I am anxious to complete the VIA self assessment of character strengths and to write a strengths resume. http://www.viacharacter.org/www/Character-Strengths-Survey “To function successfully as a leader is to function as a well being.”

2. In the Effective Leadership Skill Development Exercises section led by three of the true leaders in leadership development, Donald Polden (Santa Clara), Deborah Rhode (Stanford), and Leah Teague (Baylor), I was reminded, once again, of how men and women approach leadership differently. For example, men will apply for a job when they meet 40% of the qualifications, and women will apply if they have 100% of the qualifications. I collected a list of TED Talks, readings, and books that I need to read, including a TED Talk by Chris Anderson and a book Locked in the Cabinet by Robert Reich.

3. Cheri Beasley, Chief Justice of the North Carolina Supreme Court and outstanding alumna of the University of Tennessee College of Law, gave the keynote address on Friday challenging us to think about what we really mean by diversity and inclusion and encouraging us to tell our stories and to listen to the stories of others. Employers need to rethink what they mean when they say that they “want good lawyers.” Our pipeline efforts to establish diversity and inclusion need to begin much earlier than they traditionally have.

4. If I were looking at law schools today, I would have to consider Brigham Young University where leadership begins during 1L orientation. They have a book of the semester; they have memorandum of understanding with the NAACP for pro bono work; and they have had speakers such as Bryan Stevenson. Once again, storytelling was a theme. Add Linda Hill’s TED Talk about collective creativity to the list to be watched.

5. The panel discussing “What does the profession need and what is it doing?” was outstanding. Tony Thompson from the clinical program at New York University talked about the 5 components to leadership. His focus is race and inequality, and I look forward to a return trip by him to Tennessee. Then we had a glimpse of Buck Lewis the masterful trial lawyer who talked about pro bono work, collaborations, and legacies. He is a big part of the reason that we should be proud of the Institute of Professional Leadership. And there was another TED Talk- Drew Dudley’s “Leading with Lollipops.”

6. The panel discussing diversity, inclusion, and gender equality had it all. I do not know where to begin. It was moderated by the amazing Paula Schaefer who provided a copy of her “Leading by Leaving” article for everyone in the materials, and she was joined by Judge Debbie Stevens who is on the Institute’s Advisory Board. There were the keys to diversity discussed, on-ramping for women after having stepped away from practice for a period of time, motherhood and the law, a discussion of the ABA’s Model Rule 8.4(g) about discriminatory practices, and my favorite, “he-peating” which is the term for the phenomenon of a woman’s saying something and there being no reaction until a man says the same thing. Who knew that it had a name?

I must stop now. I have some reading and listening to do.

3 thoughts on “Reflections on the Leadership Roundtable”