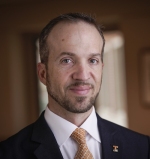 “I almost think I can remember feeling a little different. But if I’m not the same, the next question is, who in the world am I? Ah, THAT’S the great puzzle!”—Alice

More specifically, it has been opined that leaders who are self-aware are more adept at handling novel situations that vary on a day-to-day basis. This is due in part to the notion that “[o]vercoming obstacles requires self-knowledge.” Illustrative of this is the idea that effective leaders must possess self-knowledge because “a person who leads needs to understand his [or her] own ways of processing and distorting what he [or she] hears. To sustain the stress of leadership, [the person also] needs to know enough about his [or her] own biases to compensate for them.” If we are self-aware—truly self-aware—then we, as individuals and as leaders, will be better equipped to rely on team members to fill in the gaps where we are deficient, offer alternative perspectives, and demonstrate their talents and abilities.

Moreover, “[t]he concept of self-awareness is a central component of authentic leadership and virtually all conceptualizations of emotional intelligence. This is important for a number of reasons. For one, authentic leadership has a high degree of similarity to servant leadership. As enunciated by Stephen Covey, “the essential quality that sets servant leaders-apart from others is that they live by their conscience—the inward moral sense of what is right and what is wrong . . . . There is a mass of evidence that shows this moral sense, the conscience, this inner light, is a universal phenomenon . . . . When people live by their conscience, responding to universal principles . . . their behavior echoes in everyone’s souls. People instinctively feel trust and confidence toward them. This is the beginning of moral authority.” “The foundation on which a servant leader builds over a lifetime is self-knowledge and the growth of personal conscience. The leader must seek to know him or herself in every regard, including a dedication to defining and realizing a calling or life purpose to serve others. The self-knowledge both that a person is called to serve and how to serve is essentially lifelong growth in understanding the ‘moral insight.’”

Likewise, in his book Authentic Leadership: Rediscovering the Secrets to Create Lasting Value, former Medtronic CEO Bill George advocates that “the one essential quality a leader must have is to be your own person, authentic in every regard.” To be one’s own person, George posits that an individual must continually ask, “What is the purpose of my life?” because purpose flows from self-knowledge. These core values identified and extolled by the above authors are cultivated and curated through study, introspection, and consultation and discussion with others.

One such study included measurements of emotional intelligence—a chief component of which related to self-awareness—and its relationship to ratings of leaders. Participants in the study consisted of part-time graduate students in management programs from a public university in the southwestern United States, as well as part-time graduate students in management programs from a private university in the northeastern United States. All participants were enrolled in courses with leadership as a primary focus. The full sample included 1,295 participants with an average age of 29.97 (SD = 8.69). The sample was largely male (67%) and included 6.1% African American, 61.3% white, 22.3% Asian, 9.9% Hispanic and .4% Native American. The results of this study demonstrated that, after controlling for personality and goal orientation, skills associated with—and demonstration of—self-awareness related to higher peer ratings of leadership performance.

In addition to the qualitative and quantitative reasons discussed above, self-awareness contributes to a leader’s toolkit in other ways as well. For example, it has been demonstrated that those who have an identified purpose—which purpose can be found through self-awareness—has been found, in addition to other factors, to dramatically increase well-being for professionals and students. This state of well-being has been related to higher levels of engagement, productivity, and retention.